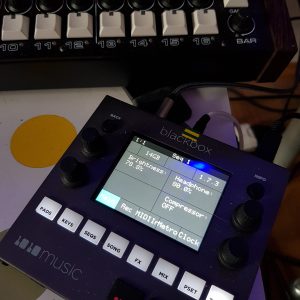 The 1010music Blackbox is here, and with it the retiring of the sampler on my trusty MPC2500. Not that the MPC wasn’t fairly capable in the sampling department, but at some point I knew I wanted to upgrade the sequencer and also move off the MPC sampling platform as well. Previously when I made samples, I didn’t process them at all on the MPC so that I wouldn’t have to attempt to recreate the sounds later on some other device. But with the Blackbox, I feel no such compunction to limit myself because there are no plans to migrate from this sampler. As I dive into its feature set, I’m gladly taking advantage of everything that’s available, and as it begins to be used for new productions instead of just being migrated to fulfill the sampling duties from old tracks, I’ll discover what is possible. I’ve owned it now for a few weeks, and made some mistakes, but you have to walk before you fly, so here are the discoveries I made that might be helpful to you:

I’ve mostly talked about the issues I’ve had, but this 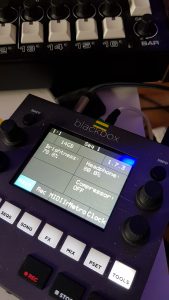 machine has a lot of pros as well. Its compact size, the touch screen, the relative quality of the effects, the different modes including granular, etc. Even though in the European market it is going for around 720$ (598€) new, I’m starting to see lots of people using it online, and I can see why. I haven’t even touched the surface of its built-in sequencer as I strictly operate it as an external sampling device for now, but as time goes on, I’ll be able to add more of its features to my live sets. Anything I add to my live setup has to be used for a long time, so I look forward to seeing what a long future with the Blackbox looks like.