In search of a more complete TB-3 effects document 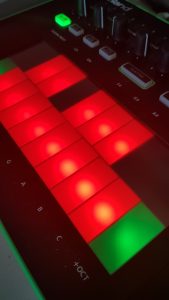 I just love this little machine. Immediate, with a big sound, but on the surface, it’s a pretty simple device — a TB-303 clone. But once the full parameter implementation was revealed due to the reverse-engineering work of some enterprising sysex programmers, it became clear that this was in fact a monster sound design machine. 6 independent oscillators, VCF, VCA, LFO, ring modulator, distortion, and 4 modulation destinations amounts to a fully featured monosynth by just about any estimation. But that’s not all — it also has CV offset and cross modulation features that allow you to independently tune the oscillators as well as modulate all the VCO sources with each other. But then when you add in 21 separate mono and stereo effects, any two of which (except EQ and Pitch Shifter) can be used simultaneously, with hundreds of different parameters and options to control amongst them, it becomes hard to wrap your mind around what this machine might actually be capable of, even as a “simple” monosynth.

But even arriving at the point where I know what the parameters are, what they do, and what they mean, was no easy task, because this synth has been woefully unsupported by Roland in terms of documentation. Only a small few bits of information exist from the manufacturer itself; most of what has been learned about the features and operation of the TB-3 has been due to exhaustive sysex testing based on other Roland synths. And what they did provide was mostly just lists of parameters and values, without any descriptions of what they did, if it wasn’t immediately obvious. Sure, the chorus effect has 1 mono mode and 2 stereo modes, for example, but what are they, and what do they do? For that matter, which effects are stereo and which are mono, aside from the explicit stereo modes? As it turns out, the flanger and reverb are full-time stereo effects even though they are not indicated as such. What about if the BPM time isn’t synced, does time parameter become a percentage of the internal TEMPO value? (Spoiler alert: it doesn’t, effect times that are not BPM synced are independent of the system clock.) And so on.

But by testing and using the documentation of other similar Roland products, I constructed this TB-3 parameter effects guide which also includes the dedicated distortion section. Obviously there’s no guarantee that every single thing is spot-on in this document, and I wasn’t able to find information about all the distortion models, but it goes a long way towards gathering all the widely dispersed available information into a single source as well as including insight gained during testing if it seemed important or useful. So it’s not just dry information, but also tips that either clear up some unknowns or offer answers to questions that  are not documented anywhere and could only be learned through the testing process. I even found one parameter that appears to be unimplemented even though it is documented and should be present (EQ level, in this case). Obviously, to even access these parameters you will need to: a) be able to understand and program midi sysex, b) use one of the software editors like mugenkidou’s and/or c) use one of the hardware presets like these ones I made for the Behringer BCR2000 downloadable at the end of that blog entry. This machine can easily be integrated into your DAW as well, and with this midi information you can, say, automate any of the hardware synth parameters in Ableton.  And of course, I earlier researched and confirmed that you can save sysex dumps of all your patches for instant recall, so the puny 16 user patch locations need not be a limitation to your creativity. I never fail to get inspired by this little acid box, and I hope this helps you get excited about it too!

But A Soldier Has Fallen 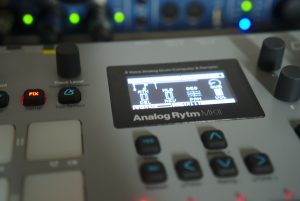 One afternoon my trusty Jomox Airbase99, a machine I bought new, didn’t sound right. At first, I thought there was something wrong with the LFO, but that couldn’t be, as this machine has been as reliable as they come, if the inherent unpredictable “analog” character is excluded. But after numerous tests, it became clear that in fact both of the LFOs were not working. This was a major problem because there were compositional elements in many tracks that relied on the LFO. And so it forced me into an early decision to make a change, even though I also knew it would be a TON of work. But before I get into the AR, let me explain what I’d been struggling with and the other reasons I decided to upgrade.

The Flaws of the Airbase

For a long time, I have longed to improve a number of aspects of the Airbase. For one, I’ve spent countless hours trying to get the pitch of the kick drum to be consistent when tuned. Days or weeks of testing, charts, re-testing based on different time intervals, all that just to try to get the kick to be predictable. The best I could really do was play after warming up the machine for a specific amount of time before the set where I knew my settings would be close. Additionally, most of the sounds are actually sample based and at some point, sounds stop becoming interesting no matter what you do to them. And lacking effects, it required that I use another outboard fx unit so that I could change the sounds enough to still be interesting, which added weight and complexity to my live setup. The difficulty in finding proper power adapters, the high noise floor, the lack of overdrive or distortion and the inability to sync to clock were all additional factors that had made me start looking for a replacement over a year ago. I’m not really interested in being a nostalgia act, I want to be on the vanguard of what’s possible. This desire to improve my live drums led to what for me is the best drum machine/module on the market today: Elektron Analog RYTM MKII. 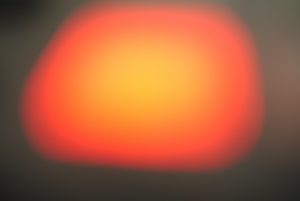 I knew I needed a few things for my live setup. First, I needed individual outputs so that I could have ultimate flexibility when routing my sounds. This allows me to keep my setup stable but still be able to route parts however I choose depending on the track, from fx, to panning, to EQ. Second, the new machine had to have some kind of overdrive or distortion effect to have ultimate sound and tone shaping ability. And the more effects available per voice, the better. The only ones available now that meet those requirements are the AR and the Tempest drum machines. The Tempest has some drawbacks though. First, if I remember correctly it only has a single effect for the entire mix. As it turns out, the RYTM also has effects that apply to the entire mix, but it also has a ton of features per voice that allow complete customization of sound before it even hits the effects. The Tempest is 6-voice versus the RYTM’s 8 voices as well. The final nail in the coffin for the Tempest though was the inability to use samples. If I was to transition to a new drum machine, I would have to sample the sounds from the old machine or otherwise I would lose all of the drum sound design I had done for previous tracks. Writing all new live sets is no small task and having these already completed tracks to lean on gives me something to play now while I continue to build up my repertoire. And so the choice was clear. 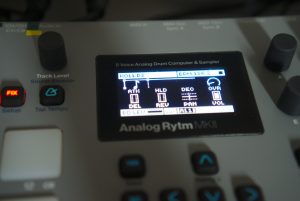 I knew the time had come, so I started looking around, and my oh my, these machines are not cheap. I bought it new, not wanting to take any chances on a machine that very well may be in my setup for 20 years to come, but by the time it was all said and done, it was almost $1700. Ouch. But that is not the only cost. Now I had to take all the midi information that was currently being sent to the airbase and re-route them to the RYTM. But each sound also had to be meticulously redesigned to match as closely as possible the original sounds. Even the samples proved tricky as the airbase has many quirks that I have exploited in making my tracks that can’t be exactly duplicated just by recording and playing back a sample. This was dozens of hours of work. The first phase was just trying to match the kick drums. Then, it came time for the samples and those were even more difficult and time-consuming. And this was just to get 8 or 9 tracks ready for a live set, the rest of the older material has yet to be converted.

The Gates Have Opened

But the change has been monumental. It immediately allowed me to eliminate two rack units from my live setup, it drastically lowered my noise floor,  and it allowed me to use the digital output of the Virus, a far better option than the analog outputs I had been using, further lowering my noise floor. For the most part this change also eliminated using the MPC as a sampler, unless there are quite a lot of samples involved, and it enabled me to use the AES/EBU digital output from the UFX to monitor, again a far cleaner (and as it turns out louder) signal to monitor with than the analog outputs. It freed up inputs on the UFX so that I can now use a separate stereo output from the Virus , as there is some sort of natural overdrive that occurs (wanted or unwanted) when a lot of loud sounds are played through a single stereo pair on the synth. As can be seen by all these improvements, the AR MKII has been a massive jolt and everything about it has been an improvement from either a technical or artistic standpoint. The future is looking bright.